Why Do Women Suffer with Low Energy?

Why do so many women suffer with low energy when we know so much about health?

Do you remember the old TV commercials for liquid iron supplements? They asked the all-important question, “Do you suffer from iron poor blood?” It seemed back then that all ‘housewives’ were destined to a life of fatigue and listlessness. Even now, with all our progress in understanding nutrition and metabolism, full well 20 percent of all women are still anemic. Men can be anemic as well, though it occurs less frequently.

Each red blood cell is supposed to have four molecules of a very complex protein called hemoglobin. Each hemoglobin molecule has an iron molecule at its center. It is this iron molecule that specifically is charged (both in responsibility and electrically) to carry oxygen, and it is oxygen that provides the catalyst for the breaking down of carbohydrates into energy within the cells. So, if there are not enough red blood cells and/or iron, there cannot be enough oxygen circulating in the body, and symptoms will result. The most common symptoms of anemia are fatigue, heart palpitations, breathlessness with little or no exertion, problems concentrating, irritability, headaches, dizziness, fainting spells, pale skin, pale mucous membranes, dry skin, brittle nails, hair loss, lowered immune response, and feeling chilly. (All of these symptoms can be indicators of other problems, also.)

Hemolytic anemia is the result of the spleen being too efficient. Red blood cells generally last about 120 days each. As the cells age, it is the responsibility of the spleen and liver to select the older, more worn out ones, break them down, and recycle reusable parts. If the spleen goes ‘batty’ and starts pulling out red blood cells that are not worn out, it causes at least three problems. The first is anemia. The second is liver stress (from having to deal with the excess of bilirubin being released from the increased number of blood cells that are being broken down), which can result in jaundice. The third is inflammation of the spleen.

There are several types of hemolytic anemia wherein the red blood cells are deformed and usually more brittle. The most common are thalassemia, spherocystosis, and sickle-cell. Other causes of hemolytic anemia can include toxins, medications, and autoimmune disorders that affect the body’s handling of the blood cells. Oddly enough, being too athletic (for instance, working out too many hours in a day or engaging in too much long distance running) can destroy red blood cells faster than they can be replaced.

Another common type of anemia is megaloblastic anemia; a subtype of this is pernicious anemia. A deficiency of vitamin B12, due to a lack of the gut enzyme needed to absorb B12, inhibits the production of red blood cells. Using a form of vitamin B12 that is held under the tongue (sublingual) rather than swallowed bypasses the need for the gut enzyme. Because B12 is also important for the health of the nerve sheaths, a deficiency of this vitamin can lead to restlessness, tingling or numbness in the legs, burning in the tongue, stomachaches, and loss of appetite. Other causes of megaloblastic anemia include liver disease, Crohn’s and celiac disease, folic acid deficiency, use of the birth control pill, and excessive alcohol consumption.

Iron deficient anemia is the most common form of anemia. It can be the result of not enough iron being supplied, not enough iron being assimilated, or too much iron being lost. Since bacteria also need iron to reproduce, having repeated bacterial infections can deplete one’s iron stores. Iron deficiency anemia prevails among women who have heavy menstrual flows, elderly people who have poor nutrition, digestion, and assimilation, pregnant women who are undergoing massive increases in blood volume, and lactating mothers.

Anti-inflammatory medications, which often cause the stomach to bleed, and intra-uterine contraceptives (IUDs) can cause heavy menstrual flow in some women.

Ironically, women who are anemic tend to have heavier periods. Iron acts somewhat as a blood coagulant. One of the best ways to correct anemia in these women is to build their iron as rapidly as possible.

It is critically important to have blood work done before starting a high iron supplement therapy. Too much supplemental iron can damage the liver, heart, and pancreas, and reduce immune cell activity. Using herbs that have iron is a safer route. Herbs contain the necessary vitamins, minerals, and enzymes to assist the body in assimilating iron. These same herbs are often protective of the heart, liver, pancreas, and immune system. 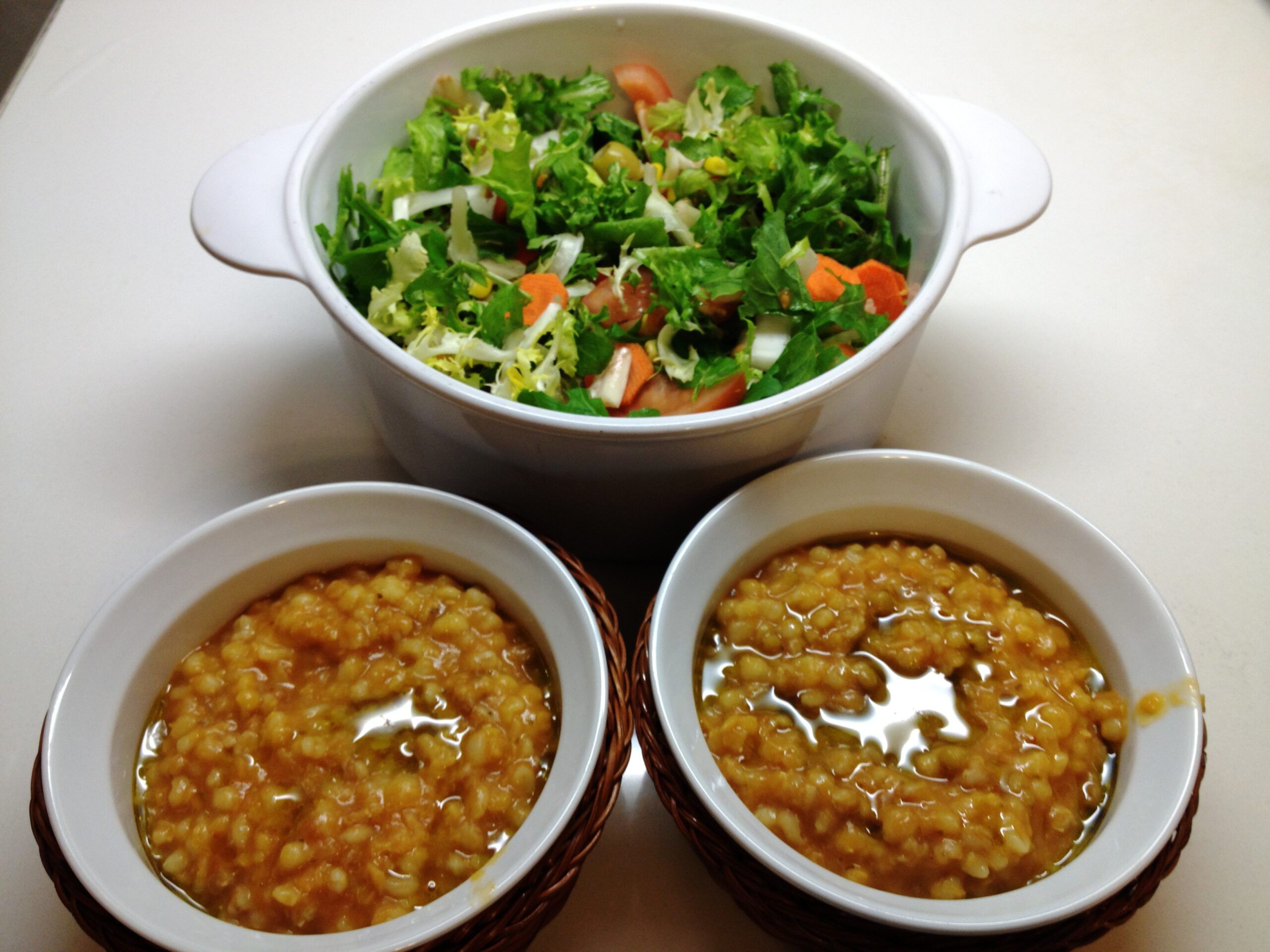 Food choices are very important in combating anemia. Coffee and tea contain acids that toughen the stomach lining and bind up dietary iron, making it unassimilable. When the lining is abused in this way, the body’s ability to secrete enough digestive juices to break foods down well enough to release iron is significantly inhibited, and if you can’t get at the iron you can’t assimilate it. The tea and toast syndrome that elderly people get into pushes them into anemia by 1) not providing enough dietary iron; and 2) reducing their already age-reduced digestive juices. Wheat bran also inhibits the absorption of iron, so using wheat bran as a nutritional food additive may not be a good idea.

Many young and poorly-informed vegetarians also get into problems with anemia. Too many people think that vegetarianism means only giving up animal sourced products. While we can get enough iron from a well-planned vegetarian diet, it is much harder to get the required amount of B12 from that same diet.

And from Nature’s Sunshine USA

One of the most common forms of therapy recommended by medical doctors for anemia in menstruating women is the birth control pill. By using hormones from an outside source to regulate the periods (the pill loosely simulates the hormonal balance of pregnancy), the amount of uterine lining that is built up is significantly reduced. This reduces the amount of lining and blood that can be lost during menses. The pill, however, puts untold stress on the liver and other body systems.

Natural Sources of B12

From Nature's Sunshine Products
In the USA

Green leafy vegetables play an important role in correcting anemia. Food pH levels can be significantly affected by cooking, and food pH levels affect iron availability. Eating vegetables raw can make the iron more available to us if we chew them extremely well. Some of the best vegetables and fruits for boosting iron include leeks, parsley (not generally in pregnancy or while breastfeeding), spinach, green peas, Jerusalem artichoke, dried apricots, prunes, raisins, oats, strawberries, and grapes. Simplify this list to dark green vegetables and purple fruits and vegetables, then add whole grains, blackstrap molasses, and animal flesh proteins to supply iron in easy to assimilate forms. (Note the absence of dairy products on this list!)

Iron can be taken as a supplement. Most commonly and readily bioavailable forms include ferrous sulphate, ferrous fumarate, and ferrous gluconate. To maximize its bioavailability it is wise to take any iron supplements with vitamin C. Calcium, zinc, and synthetic vitamin E inhibit the absorption of iron. Interestingly, however, zinc and vitamin E, along with copper, are essential to the formation of healthy red blood cells.

Iron supplements from Nature’s Sunshine include:

To enhance the red blood cell building side of the program, iron supplements are best taken with a B-complex supplement. The stomach needs the B-complex family to enhance its production of hydrochloric acid, which is necessary for the digestion of iron. Natural vitamin E can be helpful in cases of hemolytic anemia by making the red blood cells less fragile.

In Canada, Nature’s Sunshine Products offers Methyl B12 Plus (liquid) and Vitamin E with Selenium.

In the USA, they offer Methyl B-12 Complete Liquid, and Vitamin E Complete with Selenium.

“Tired blood” can be boosted. Sound dietary practices along with proper supplementation can make all the difference in the world.

For more information about these products, or to order them at a discount, use this link.

If you are having health challenges with anemia, just don’t know where to begin to make changes, and would like some help, contact me by email or phone to book an appointment. Skype, phone, and face-to-face appointments are available. I also invite you to follow my website (cobblestonehealth.com) and like us on Facebook (Cobblestone Health Ltd).

Prescription for Nutritional Healing by Balch and Balch